Altes Kaufhaus hotel was designed in consideration of former plans and pictures with its baroque gable from the 16th century. As it’s built on the old wall of the harbor, the hotel seems to hover over the bank of Ilmenau in Lüneburgs historic water quarter. The extraordinary hotel features modern interior and a cozy atmosphere of warm and light colors which have been completed by 450m2 of Kahrs Oak Linen. 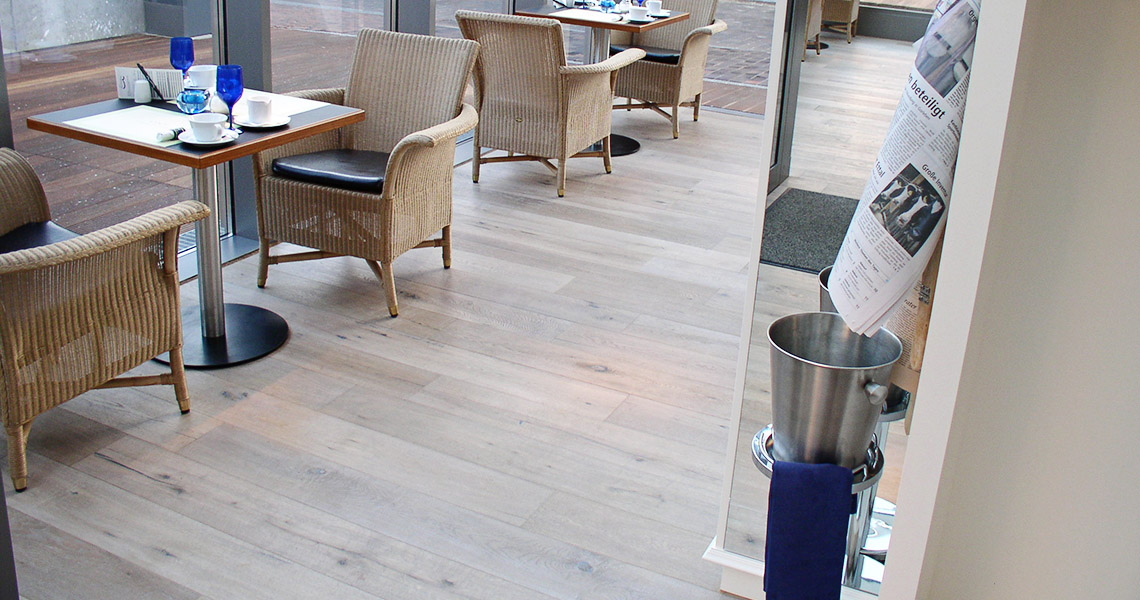 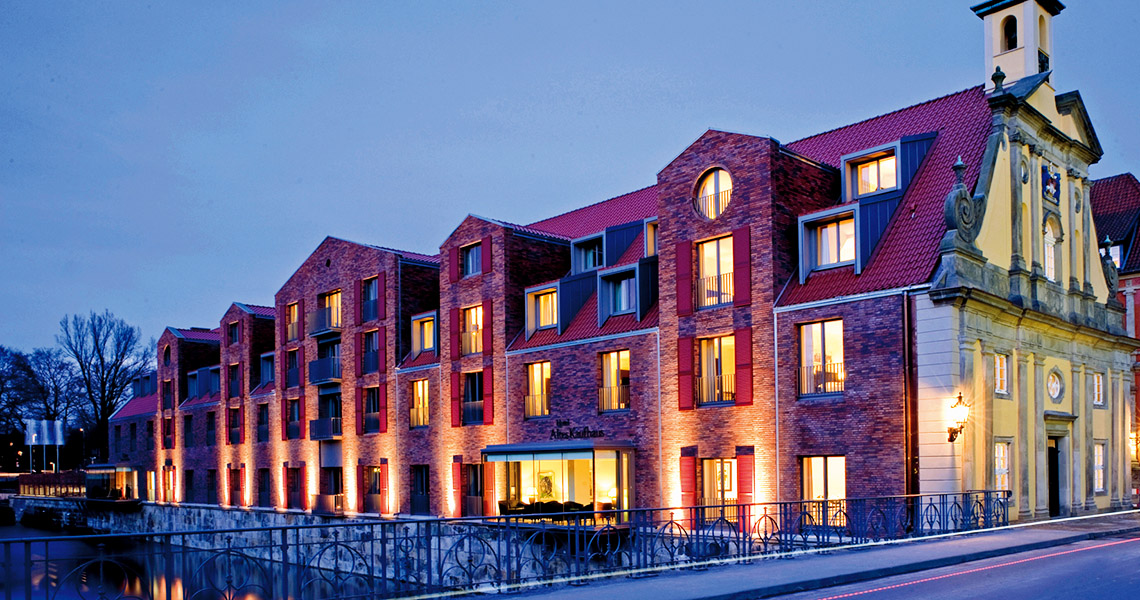 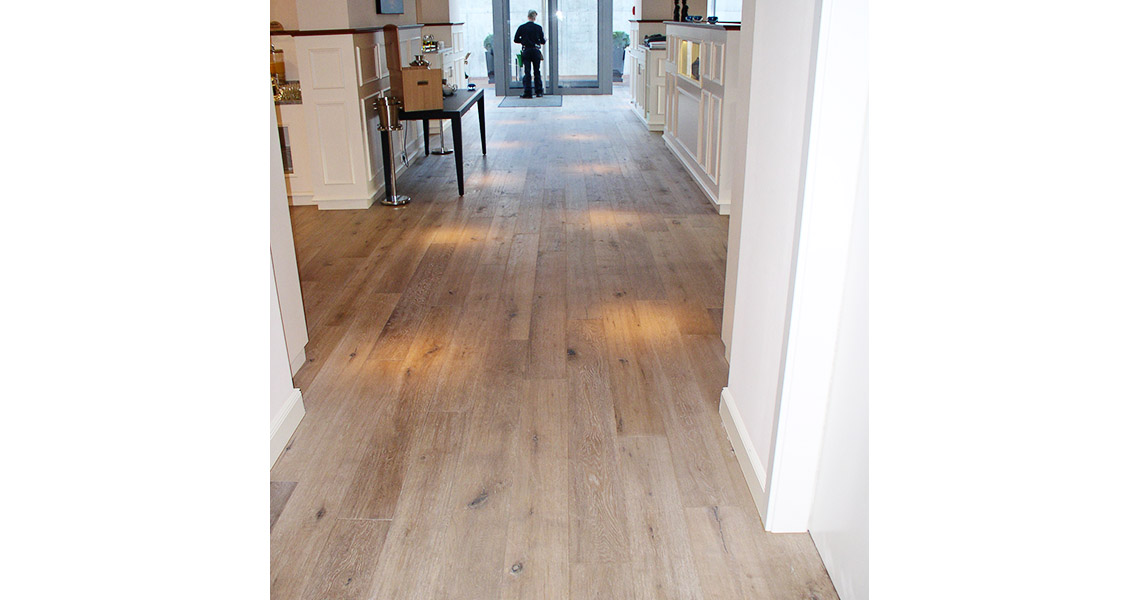